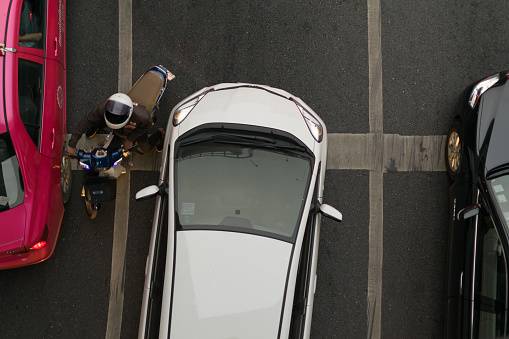 The Tasmanian Supreme Court has awarded damages to a plaintiff motorcyclist in the sum of $430,472 after a car crashed into him at a Devonport intersection in 2014.

An eye witness to the crash gave evidence that she had seen the motorcyclist, then aged 17, travelling through a traffic-light controlled intersection, at which the defendant motor vehicle was stopped intending to make a right turn. The defendant made the turn as the motorcyclist came through the intersection, driving into his path instead of giving way. The plaintiff collided with the passenger side of the car and was thrown over the bonnet, suffering exacerbation to pre-existing soft tissue damage in his lower back and intermittent chronic back pain as a result.

The court said this pain is likely to be permanent, would restrict his earning capacity and enjoyment of life, and that there is no effective treatment to alleviate the pain.

Conflicting evidence was given at the hearing, which spanned seven days in July and August this year. The defendant called multiple witnesses to support the contention that the plaintiff had sped up as he approached the intersection, at which a traffic light had turned orange. However, because the defendant’s car had been stationary and the motorcycle was moving, the plaintiff was ‘reasonably entitled to assume’ the defendant would not move off in front of him. The court found the plaintiff’s evidence, that he was too close to the intersection when the light changed to safely stop, was not contradicted by any other evidence given.

We have specialist lawyers who can assist you with claims arising out of a motor vehicle accidents in Tasmania. Please get in touch if you would like any assistance.